These are THICC switch films from Jinra's Workshop! Made from 3D printed PLA plastic, they come in two sizes: THICC & THICC (resized), with the resized version being thinner. Each pack comes with 110 switch films and are available in four colors, Prevail Red, Green, Orange & Maroon. 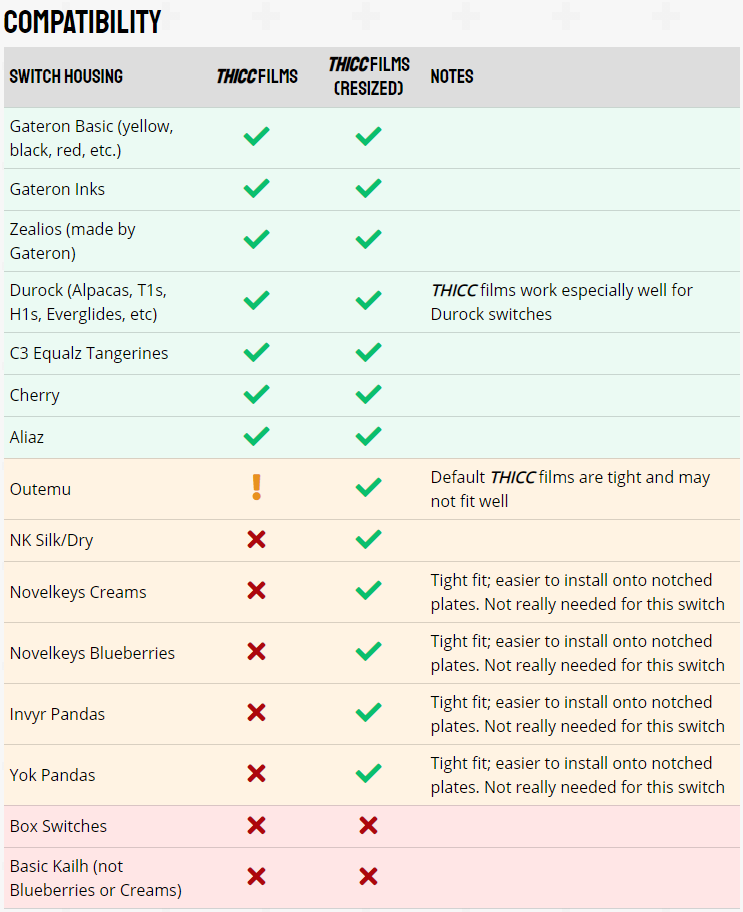 "I found that THICC films create a tighter fit, leading to a more consistent and clackier tone. THICC films don't have the bar on the lower side like other films do, as switch housings don't make contact there anyway, especially with thicker films.

Personal Theory: THICC films provide more pressure on the upper and lower housing which cause the housing to have a crisper pitch, but at the same time, creating more a clearer THOCC." -Jinra

Keep up with announcements, product updates, giveaways and more!

Use this popup to embed a mailing list sign up form. Alternatively use it as a simple call to action with a link to a product or a page.

By clicking enter you are verifying that you are old enough to consume alcohol.

Your cart is currently empty.